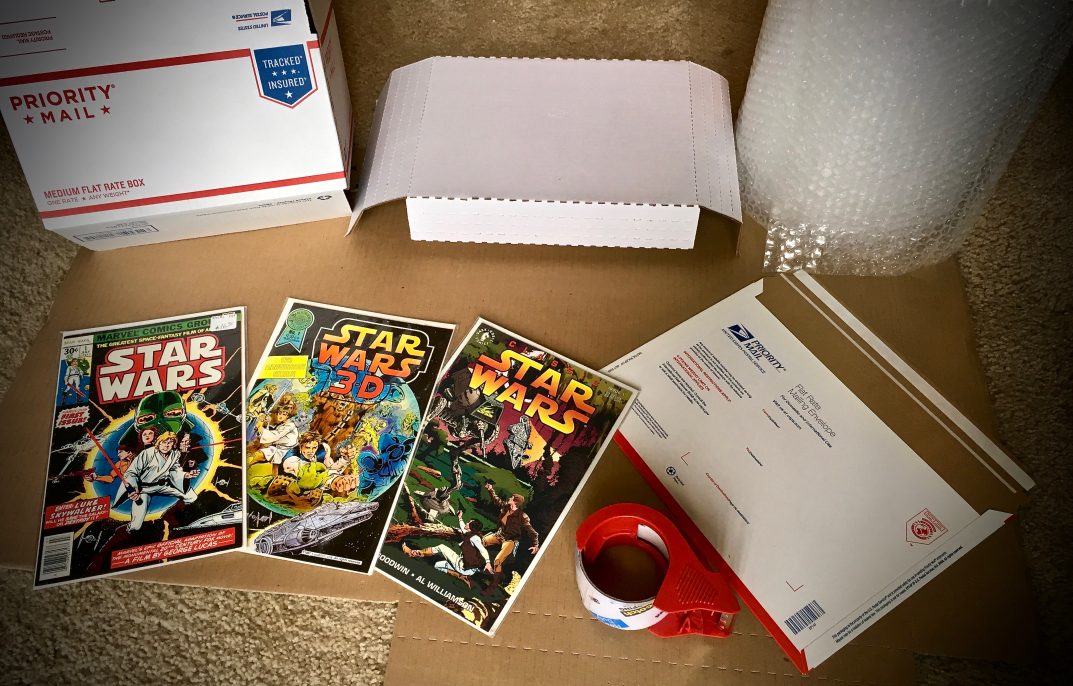 It’s an age old question. I’ve seen it asked over and over from fine folks on numerous comic related forums when they want to ship their books to new homes. Over the years I’ve bought and sold many comics online.  In that time I’ve seen a range of good, great, and absolutely terrifying ways to ship comic books. So here’s a few tips based on my personal experiences. In this article I’m going to cover 4 main subjects:

END_OF_DOCUMENT_TOKEN_TO_BE_REPLACED

My girlfriend’s 19 year old son recently embarked on his first multi-day road trip as a driver to attend a training event, and he decided to do it solo. Being that he’s a fairly typical fly-by-the-seat-of-his-pants kind of teenager it’s no surprise that Mom was a bit apprehensive about his solo journey. Since I have been involved in long road trips for basically my entire life, traveling is what my family does, I decided to put together a one page Road Trip 101 for the young man in hopes that he would heed at least some of my advice. Again, teenager, so I know only so much it would sink in. My hope was that over the course of his driving days and doing his own thing he would encounter a handful of situations that allow him to go, “hmm, what Mom and Jim said makes sense now.”

END_OF_DOCUMENT_TOKEN_TO_BE_REPLACED

Just a test to see if my remote connection works.